@CornettePhD, Executive Director of the American Association of Suicidology chats with #SPSM

As the American Association of Suicidology passes the baton to it’s new Executive Director, Dr. Michelle Cornette will be joining #SPSM to discuss the role of media and messaging in suicide prevention. Come bring your ideas and questions, 9pm CST, 8/31/14. 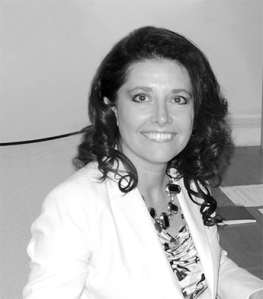 Dr. Michelle Cornette, Executive Director of the American Association of Suicidology (AAS), has an extensive career in suicide prevention. Prior to taking the helm at AAS, she worked for the Center for Deployment Psychology (CDP), Uniformed Services University of the Health Sciences, where she served as a Military Suicide Subject Matter Expert. In her work for the CDP, she developed a 2-day workshop for military mental health providers on empirically-supported approaches to suicide prevention. The workshop, which was designated among APA’s 2013 Presidential Initiatives, has been disseminated to military mental health providers across the country. She co-developed the CDP’s online suicide prevention course, and oversaw the 1-week civilian training program. She has also been active in teaching within the Medical and Clinical Psychology doctoral program.

Prior posts held by Dr. Cornette include her 10-year in the VA system, where she was VISN 12 Suicide Prevention Director, Suicide Prevention Team Leader, and Mental Health Division Research Lead. In the former capacity, she was responsible for overseeing suicide prevention activities at the 7 VA facilities in VISN 12. Dr. Cornette has also maintained an active research program on suicide risk, funded by the National Science Foundation, the American Foundation for Suicide Prevention, the Charles E. Kubly Foundation, the DoD, and VA HSR&D. She has published a number of articles and book chapters, and has presented extensively on the topics of military and civilian suicide risk, risk assessment, and intervention.

Dr. Cornette is a member of the MOMRP Suicide Research Consortium, and the Defense Suicide Prevention Office working group addressing suicide prevention training. She sits on the Medical Advisory Board of the Charles E. Kubly Foundation, and has previously served on the VISN 12 Mental Health Advisory Board, and the Board of Directors, Mental Health American of Wisconsin. She has been honored for her contributions by both VHA and DoD.