However, a key aspect of social media is it’s participatory and community-driven nature. Our most current chats are featuring the social media voices and communities of first-hand experiencers. **spoiler video ahead**

Our 9/19/14 chat features Dese’Rae Stage, the creator behind www.livethroughthis.org. Ms. Stage is a photographer, occasional writer, and suicide awareness advocate based in Brooklyn, NY. She is a survivor of many years of self-injury and a suicide attempt catalyzed by an abusive relationship. It was this lived-experience, as well as the resulting loneliness and shame, that culminated in the development of her work on Live Through This (http://livethroughthis.org), a series of portraits and stories of suicide attempt survivors that lies at the intersection of art and social activism.

In early 2013, Dese’Rae raised $23,000 via Kickstarter to take the project on the road. She has since met with 65 attempt survivors in 7 cities across the country. Her work in Austin was documented by Arcos Films for the Mental Health Channel, a project in development. She has provided commentary for BBC World Have Your Say and HuffPost Live. She has spoken at the Massachusetts Institute of Technology, Brooklyn College, and the University of Texas at Austin. Live Through This was an Associated Press Big Story and has been featured in Curve Magazine and Upworthy. 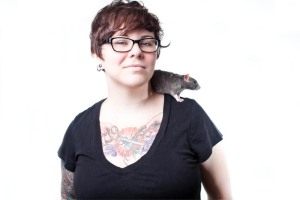